I’ve decided to try to post a little story between 100-500 words every weekday for the month of September.  Because I have little kids, I won’t really be able to do this during the weekends, but during the week, I will do this.

I will randomly choose a picture or a word and write whatever that prompt inspires me to write.

I hope you’ll stick with me for this little self-imposed exercise.  Of course constructive criticism is always welcome – and heck, if you feel like writing your own story based on the prompt, add it to the comment section of that story & I’ll post my favorites at the end of the day. 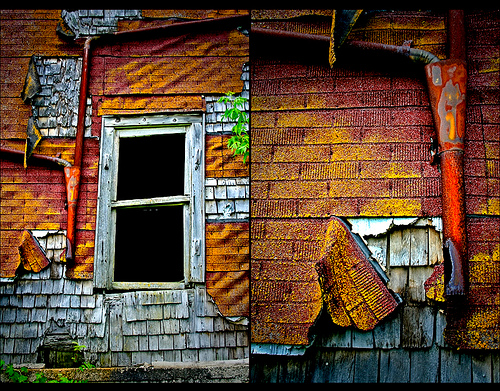 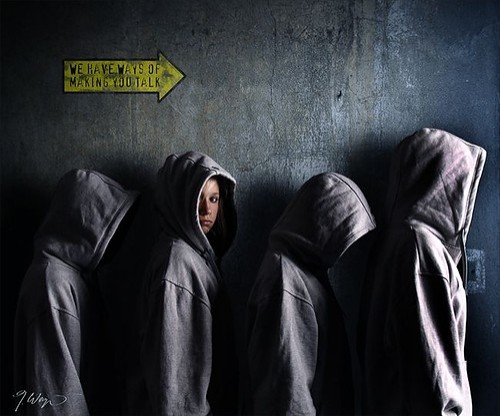 In honor of being a part of Sydney Logan’s blog stop for the launch of her book, Lessons Learned on this day, I’ve decided to use her book title as inspiration for the prompt.

I was fortunate to receive an ARC of Naturally, Charlie and while I enjoyed the book, there were a couple of things that kept me from truly loving the story.

Naturally, Charlie tells the tale of Charlotte “Charlie” Barrow, a woman stuck in the past when she catches the eye of a stranger on the subway. That stranger, freelance writer Charlie Adams notices the pretty red-head as she attempts to get off the train. Through a series of fateful meetings, the two eventually form a friendship that is sitting on the knife’s edge of being more.

I enjoyed the playful banter between the two main characters quite a lot. Their chemistry was palatable right from the beginning, yet Charlie Barrow is afraid of love after a disastrous engagement went awry. As much as Charlie Adams wants more, he is content to not push Charlie B. past her comfort zone, and in my opinion, has more patience than a saint in this novel.

While I enjoyed the book, I didn’t love it. And trust me; I really, really wanted to love it.

The story is told from alternating points of view, which if done right can really add depth to a story. Unfortunately the second chapter of the book, when told from Charlie A.’s perspective, rubbed me the wrong way because it was a basic retelling of the first chapter from the other person’s perspective. It didn’t really further the story along, and even though we see Charlie Adam’s attraction to Charlie Barrow, I’m not sure we needed to reread chapter one all over again to get that. Thankfully, this didn’t continue through the entire book, unfortunately it still left a bad taste in my mouth right from the start.

Another thing about telling a tale in two perspectives, they each need to have their own unique voice for it to be a powerful statement. I found Charlie Adams voice to not be quite masculine enough for me. His voice in the book was a little too flowery and a little too similar to Charlie B’s. I really liked his character, the things he did and the extreme amount of patience he had to have to deal with Charlie B’s reluctance in moving their relationship past the platonic level. Yet every time his POV came up in the story, it just wasn’t completely believable to me.

There were a a couple of time jumps that confused me, and Charlie Barrow’s constant mantra of “just friends” got to be grating and annoying by the end of the book.

With all that said, I really did enjoy the story and urge you to read it if you are looking for a light, romantic comedy sort of story for your next read.

Overall, I think S.L. Scott’s first novel was successful and I’ll be on the look out for her next endeavor.

Saving June revolves around Harper Scott and her life in the aftermath of her sister June’s suicide. Harper is the daughter that is forgotten about. She’d been living in June’s shadow her whole life, and now that June is dead, she’s unsure of her place in the world.

June was the golden girl, who seemingly didn’t have any problems or worries. When Harper finds her dead sister, the entire Scott family is thrown off axis. Harper blames herself and when no suicide note is found, she begins to search frantically through her sister’s belongings, trying to find some clue as to why June did it.

Her search results in finding a postcard of California, where her sister longed to go. This discovery results in Harper deciding to take her sister’s ashes on a road trip to California to scatter them in the Pacific Ocean where hopefully June will finally be at peace.

The majority of the story takes place during the road trip that also includes Harper’s best friend, Laney and a mysterious guy from June’s past, Jacob Tolan.  Initially Harper can’t stand Jacob, he’s evasive about his relationship with June and he often waffles between being an insensitive ass to the guy you want to swoon over.  His dichotomy is interesting to read about and I loved how his relationship with Harper grows during their week long road trip from Michigan to California.

I really enjoyed this story. Harper’s narrative at times feels really immature, yet it fits with her persona and age group. So while it annoyed me a little bit, I can’t blame the author’s usage of it, because it was accurate for the character.

I also liked how the author weaved the secondary characters into the story in a modest, yet complimentary way.

This story probably would have gotten three stars, but I particularly enjoyed the ending between Harper and Jacob.

My Life Next Door by Huntley Fitzpatrick

My Life Next Door was one of those books I really, really wanted to love, and for the first half of the book, I really did.  Then somewhere in the last quarter of the book, it skidded off the rails a bit and left me wondering what the hell just happened.

The story revolves around two completely opposite families, the Reeds and the Garretts who live next door to each other   Samantha Reed’s a girl who appears to have the world at her feet.  She has a wealthy, albeit OCD, vacuum loving and controlling state senator for a mother who doesn’t want her daughters consorting with the crazy, raucous and extremely fertile family next door.   Sitting on her roof, night after night, Samantha watches the family next door, longing for the warm and loving interactions that are missing from her own.

Then one night, Jase Garrett calls up to her hiding spot, initiating her first communication with the family next door.  Their interaction as they build up towards a relationship is a lovely thing to be privy to.  Jase is the all-American boy next door who can fix just about anything while tending to his family’s brood of siblings.  It seems like Jase has no flaws, and while I watched their relationship flourish, I kept waiting for the shoe to drop.  For some horrible flaw to show itself to prove that he wasn’t the perfect guy.  That never really happened, Jase was almost too perfect, to be honest.  Then there’s Samantha, trying to hide her relationship from her mother who would never approve of her falling in love with a Garrett.

The plot moves along quite nicely, and I really did love this story right up until the climax.  The problem was that it came with only 25% of the story left to resolve it.  Why write a book that is so well thought out and explained in the first 75% only to end up rushing through the climax and resolution?  It felt like the author had a deadline to hit, and she wrote the last quarter under the gun and had no time to stop and add some of the details that were so well done earlier in the book.

I wanted to love this book as much as many of my fellow bloggers & readers out there, but I just didn’t.  There were plot points that ended up being kind of pointless, while others weren’t developed enough for my satisfaction.  I felt cheated out of what could have been a truly amazing book all because the end felt rushed and incomplete.

I received Seven Day Loan as an ARC from Harlequin UK and was excited to read what all the hype was about.

This novella is a prequel to Reisz’s very popular Original Sinners Series.

I have to be honest, after reading the first ten pages of the book, I almost set it down, to never pick it up again.  Now you’re probably asking yourself, why would I do that and then give the story 3 1/2 stars?

It all comes down to consent.

Seven Day Loan is a story about Eleanor, a trained submissive who is about to be dropped off at one of her Dom’s friend’s house for a week.  What really bothered me was how adamant Eleanor was against the idea.  She was mouthy and it was blatantly obvious that she didn’t want to go spend seven days shacked up with a complete stranger who would have free reign to do whatever it was that he desired to do to her.  Her Dom calmly asked Eleanor if she knew who she belonged to.  Who her pussy belonged to, etc.   Of course she replied that she belonged to her Dom, and therefore what he says, goes.  This is what bothered me.  (I guess I’m not sub material)

So I set the book aside for a bit.  I am not a fan of questionable consent in erotica. I don’t harbor any secret rape fantasies or anything, so I wasn’t exactly sure if this type of thing happened often in RL Dom/Sub relationships.

Not wanting to be close minded, I picked the book up again last night and read it straight through. And you know what?

I LOVED Eleanor.  I loved her spunk and attitude.  I enjoyed how her character spoke up to Daniel and wasn’t a wishy-washy doormat.

And then I got to the sex.  It was hot and steamy and aside from a few mentions of  flogging and a fist thrown in, I really wouldn’t have even known Daniel was also a Dom before his wife died.

The story ultimately caught my attention and even though there were a few WTF moments in the end, where some things are revealed about Eleanor & her Dom’s lives, I still enjoyed it.